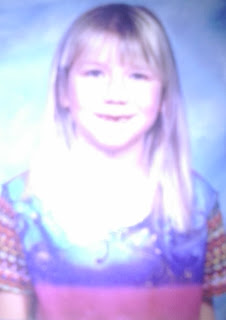 On May 31 1998, I was blessed with a beautiful 8 pound baby girl, who I decided to name Aerial "Tater bug" she is the light and joy of my life.

She was raised solely by me as a single mom for 9 years even during the time we spent in Foster care, I went through the Job Corps program from April, 2000 until July, 2001 where I graduated with my GED and Cna (certified nursing assistant ) during the time I was in Job Corp I had a lot of problems, ranging from my baby girl having to have emergency brain surgery at 2 years old, to even some disciplinary issues.

I finally got myself together and knew Tater needed mommy and I graduated. Did everything Dcs told me to, from having a job, continuing visitation and a stable, suitable living environment. I did just that, and on Oct 17, 2001 I was granted full legal custody of Aerial. 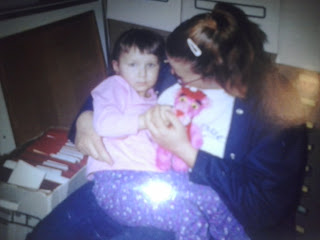 Her father Mark Cooper lost his parental rights on that day, as I continued my journey as a single mom, Aerial was a happy healthy little girl. We had our trials, and dating for me was a nightmare because I wanted only the best in her life and in mine too, and in 2003 is where I thought I found my soul mate, and for 5 years he was until the morning my nightmare began.

I was out running errands and my cell started to ring it was the school calling and asking me to come up there, that it was an emergency so I immediately went to the school, and I was placed into a conference room surrounded by investigators and Dcs workers then I was informed about allegations of sexual abuse and they were made against my at the time fiancé, whom I'd been in a relationship with for nearly 5 years. Once I got word of the allegations even though I trusted in my gut nothing happened, because the two were never left alone.

I left without having a place to go, she stayed with a friend then was placed into Foster care because her and I couldn't see eye to eye on things that previously happened between myself and my mother regarding the safety and well being of Aerial (my daughter), which caused me to lose a good job, as I was a trainee for management at McDonalds, all because I had no child care.

And because of which I had no where to go and so she was later placed in the hands of her father, he was never apart of her life and he lost his rights in 2001 I stressed all of this to judge and the Dcs workers they answered me with, well would you rather her stay in Foster care, or go with family. I told them she didn't know him and he lost his rights to her, they didn't listen, she was placed with him and his family.

Over the course of 6 years I have only been allowed to see her twice and only now am I allowed to talk to her twice a week because Dcs is involved because since she has been in Tn with her father and his family she has been raped twice, she has an STD that is only treatable not curable, she has told me that she has been "spanked" by his now soon to be ex wife with different objects leaving bruises and welts on her legs and also that she suffered a heat stroke back in 2010. She was only 12 years old.

One of the sickos who raped her sadly is the man she calls father, I now fight to bring her back home, where she was once happy healthy and safe. I have paperwork showing where she was taken from me on allegations. This is the reason I started Aerials voice, because I will stand and be her voice even if I have to use my last breath to get our point across.

Dcs robbed my child's life, they endangered her in more ways than one, they keep telling me that because I live in a different state, than where she is is the reason it's so hard for them to allow her to come home, but see when he was given custody of her in 07 the state of South Carolina and the state of Tennessee had no problem taking her from me and transferring the case to Tennessee where she now resides with her father, where her childhood has been robbed from her.

Please be her voice and help me bring her to a safe home.

Visit Aerials Voice page on Facebook and help Michele in the journey to bring her daughter Aerial back to a safe place.

Below are the documents proving the allegations. 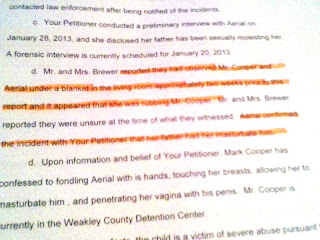 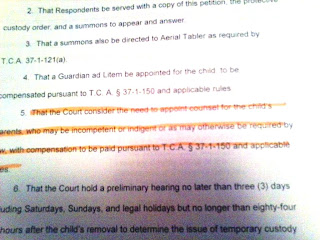 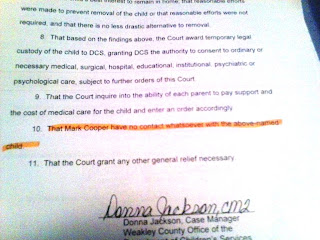