What is now the second largest and fastest growing criminal industry in the world, human trafficking is a vicious circle... victims who enter this dark and violent underworld find it dangerous and nearly impossible to escape. That's because it's big business. Human (labor and sex) trafficking generates over $32 billion globally each year. And those who profit from it will do virtually anything to keep their money stream flowing. 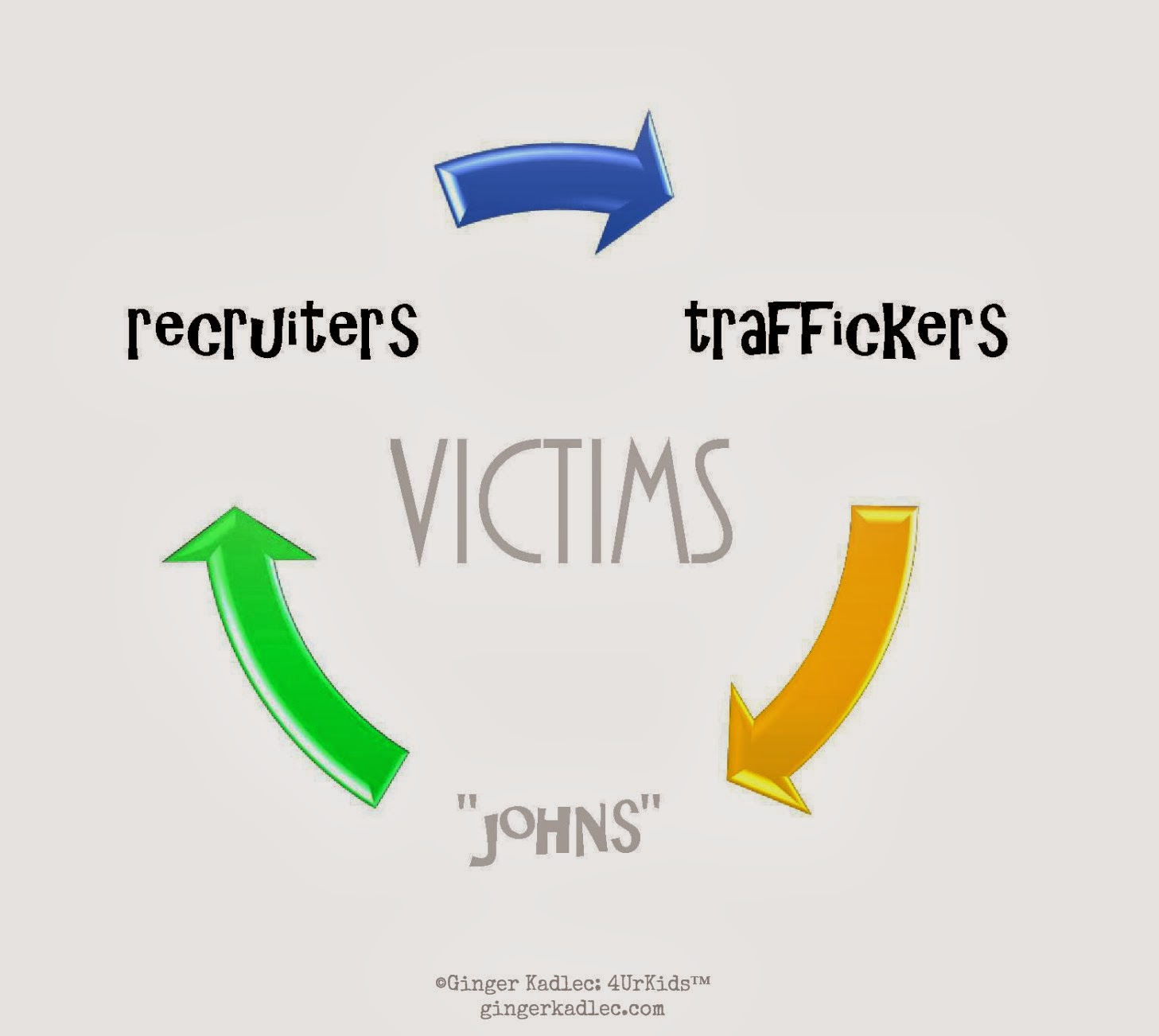 To better understand how the traffick circle works, it's important to first meet the key players in the circle:

1) RECRUITERS: Recruiters can be ANYBODY -- a 'boyfriend', a neighbor, a friendly person (male or female) a runaway may meet on the street or even a family member. Recruiters gain the trust of or even blackmail potential victims to then sell them into labor or sex. Recruiters and traffickers can actually be the same person.

2) TRAFFICKERS: A trafficker is anyone who is in control of a victim and benefits financially from labor or sex into which the victim is sold. A trafficker (a.k.a. "pimp") controls victims often through the use of violent abuse, threats and lies. Traffickers employ all sorts of terrible tactics to control their victims. In many cases, traffickers handle their own recruiting.

3) VICTIMS: Could be anyone! Once a victim enters the world of trafficking, they find it virtually impossible to escape on their own. Victims are used for labor or for sex and it is estimated that over 1 million children are victims of trafficking each year. Children involved in sex trafficking become victims at young ages: the average entry age for girls is 12 to 14; for boys, it's ages 11 to 13.

4) CONSUMERS:  commonly referred to as "johns" in sex trafficking, these are the people who purchase the goods/services offered via the trafficker and provided by the victim. In many cases, these consumers are unaware of the victims' situations and don't think of them as being imprisoned or suffering.

Part I of this blog series focuses on recruiters and traffickers... stay tuned for Parts II and III to learn more about consumers and the victims themselves.

How do Recruiters "recruit" victims?

Recruiters are master manipulators. Have you ever seen the movie, "Taken" starring Liam Neeson? For those familiar with this movie, the recruiter is the young man who meets the two girls the airport and offers to share a cab, thus discovering their residence. As depicted in the movie, not all trafficking victims are kidnapped. Many are coerced in one way or another. Recruiters operate under a wide range of scenarios to snag their victims. Some examples include:

Other methods traffickers use to ensnare victims can include:

Traffickers come in many forms, but they do share some common characteristics. A trafficker...

Trafficking and the Super Bowl? 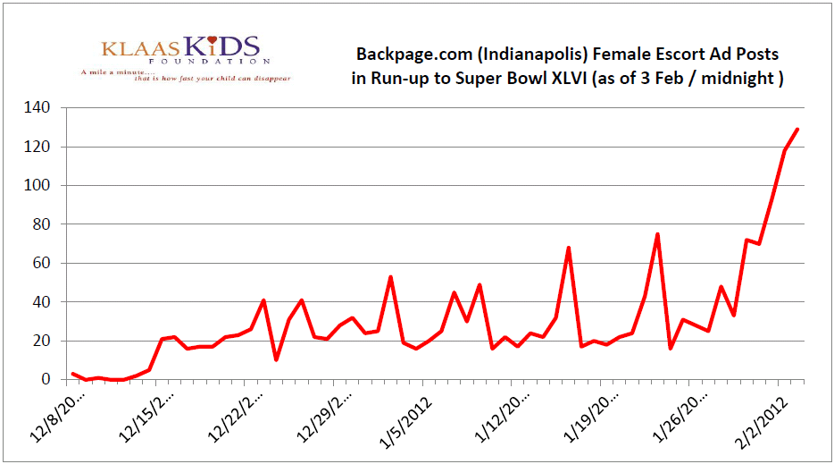 Studies have shown a dramatic increase in the demand for commercial sex services surrounding large sporting events such as the Super Bowl. KLAAS KIDS Foundation and F.R.E.E. International, in conjunction with law enforcement, conducted a study during the 2012 Super Bowl in my hometown of Indianapolis and found that online escort ads increased an astonishing 659% from January 12th to February 3rd.
For a broader overview of the human trafficking problem, I invite you to read, "Modern Day Slavery: The Reality of Human Trafficking". Part II of this series covers the consumers, otherwise commonly referred to as "johns".

My deepest appreciation goes to the Indiana Attorney General's Office under the direction of Attorney General Greg Zoeller for providing much of this information, research and data. Special thanks goes to Attorney and Human Trafficking Prevention Project Manager Nicole Baldonado and Intern Kelly Dobkins for their tremendous assistance, guidance and support. I consider myself extremely fortunate to live in a state where such talented, engaged and genuinely concerned professionals are working to protect people from the horrific realities of human trafficking.

Working to improve the world one child at a time, Ginger has made it her life mission to raise awareness of the world-wide epidemic of child abuse. An impassioned child advocate, trainer, speaker and child forensic interviewer, Ginger can be contacted via her website “Ginger Kadlec: 4UrKids™” or find her on Facebook.

You may also like to read:
HOW DO SEXUAL PREDATORS KEEP CHILDREN FROM TELLING
THE REALITY OF HUMAN TRAFFICKING