A brief overview of Gender and Access themes during the 12th Internet Governance Forum at the United Nations of Geneva, Switzerland from 18 to 21 December 2017.

“Inequality is culturally rooted and to solve it online, we have to solve it offline…” Hadassah Louis, Founder of SAFIGI Outreach Foundation and President of Digital Grassroots, said during the Day 0 conference at the CICG in Geneva during the session on Creating a World of Inclusion in Social and Economic Opportunities for Women from Developing Countries hosted by TechWomen.Asia.

IGF serves as an extra-budgetary project under the United Nations under the Secretary General and was conceptualized after the World Summit on Information Society (WSIS) 2005. The first IGF forum took place in 2006, Athens.

Of 2019 total participants from 142 countries, 43%and 39% of participants were female, onsite and online respectively. There was a total of 260 sessions, including Day 0 activities, and for the first time in over a decade of IGF history, a main session on Gender was introduced titled ‘Gender Inclusion and the Future of Internet.’

The brief on the Main Gender Session states:

“The Geneva Declaration of 2003 committed all stakeholders to ensuring that the Information Society enables women's empowerment and their full participation on the basis of equality in all spheres of society and in all decision-making processes. That gender remains a challenge was affirmed in the December 2015 WSIS+10 resolution of the General Assembly…

The SDG Goal 5 that looks at a range of targets related to gender equality and empowerment of women and girls specifically cites ICTs as an important area for policy development. This provides an opportunity as well as a clear impetus to seriously consider gender in current developments that will impact on the future of the internet…”

Transcript on Main Session on Gender  Inclusion and the future of the Internet.

The High level thematic session ‘Shaping Our FutureDigital Global Governance’ was hosted by Doris Leuthard, President of the Swiss Confederation. On the high panel, Deputy Executive Director of UN Women, Lakshmi Puri made it clear that there was more to be done when she said the following;

“It’s not enough to generally place lip service unless you take special measures, unless you invest in specific targeted policies and measures for women and girls to benefit from and participate in Internet Governance and Internet, in the internet itself we will be able to achieve the purpose… our dream is a planet 50/50, internet 50/50, digital revolution 50/50.”

Internet Society (ISOC) President, Kathryn Brown, and Internet Evangelist, Vinton Cerf shared a common sentiment about the future of the internet; the future depends on what we do today. ISOC’s report Paths to our Digital Future gives a sense of urgency in matters of internet with this prediction:

“We are entering a new phase of technological evolution, a phase where the Internet will be fully integrated into every part of our lives — how we learn, how we work, how we shop, how we get around. (Page44).”

The digital evolution must involve and engage women – not only as end users but also as innovators, technicians, and policy makers if women are not to be marginalized further in our evolving society. And as the online world syncs to our offline lives, we will need to consciously take proactive measures to bridge the gender gap, reduce inequalities, and empower women.

ARE DISCUSSIONS HAPPENING IN ECHO CHAMBERS?

At the 12th Internet Governance forum, there was still a challenge for diversity on the panels. Whilst some sessions made notable effort, in others there remained a lack of diversity in ideas, gender, age, and ethnicity.

During the mic stock taking closing session, one participant remarked how in some panels all the panelists were sharing the same ideas like an echoing drum. This does not take advantage of the platform for multi-stakeholder debates to create inclusive solutions to current issues and could well be as a result of silos mentality.  This, of course, does not reflect the entire forum though it had to be noted the negligible amount of representatives from regions with low internet penetration or current digital rights abuses.

During a gender session, one participant pointed out how she had attended another gender session with the same content and discussions. The question was brought about how echo chambers can be minimized and best practices shared during this key annual forum so as to maximize the opportunity of various stakeholders being in the same place at the same time. Having repetitive or similar sessions reduces impact time, when in fact, both valid sessions can be brought together so that more time is afforded to the discussion as opposed to 90 minutes.

These suggestions, of course, need to be brought up. The IGF has opened an open public consultation for 2017 online stock taking and suggestions for the 2018 Internet Governance Forum. Consultation closes on 11th February 2018.

In January 2018, Digital Grassroots, a youth project led by ISOC 2017 Youth@IGF fellows, launched a call for local Ambassadors to build capacity through internet literacy for stronger community networks, with emphasis on SDGs. The call attracted nearly 600 applicants across the globe, yet only 27% of the applicants were female. This reflects a big societal issue, not only on gender, but also on the perception females are told on what we can or cannot do.

At the IGFs 'Online freedom for all =  no unfreedom for women' an all-female panel session led by Web Foundation's NanjiraSambuli, it was noted how females engage in self-censorship due to fear of retaliation.

This goes beyond hiding face on social media in fear of being photoshopped into illicit content, and receiving derogatory comments online or unsolicited dick pics, all terrible things. It is the murders of journalists who dare to do their job and the risk of being an independent female journalist, being disallowed to use internet because it is viewed as ‘satanic’ shared during Day O discussions, having your nude picture circulate the internet because ‘revenge porn’, and reliving sexual assault as well as getting victim blamed by strangers because justice served is only equivalent to the number of retweets, shares, and attention a story receives – never mind if you are a person of color. Self-censorship becomes self-defense. A ‘don’t speak until you’re spoken to.’

During the IGF opening ceremony, participants were told to be courageous. Indeed, this courage must filter into the offline world if it is to be reflected online especially when it comes to closing the gender gap.

There is desperate need for female leadership in the digital space, and in real time as well. At the Seed Alliance on the GenderInclusion session: Toward Greater female leadership in Internet for Development, a great question was raised. What would it look like if more females created the apps we use?

The very question echoes our reality. What if more women were involved in politics?
During the no unfreedom for women session, the point was raised that policies are not working for women – well, no one will create policies for women if women are not on the table. There is also a need for greater female mentorship for young women joining politics because as it is, politics can easily turn into pandora box for judgment and ridicule simply for being a woman.

Even for regions with a narrowing digital divide in terms of gender, there remains a large gray area on what can be prosecuted or not in terms of digital rights abuse. There is no provision to deal with sexist speech and new age privacy and consent are not well laid out in policy or legislation. This creates an atmosphere for gender based violence to be fueled through technology.

Women have been socially and historically marginalized due to harassment and physical violence. And with internet media, it is crucial for online harassment has to be recognized as a crime.

THE FUTURE IS FEMINIST?

2017 was quite a phenomenal testimony of the power of internet for equality and indeed, a justice of sorts. The #MeToo movement that rattled misogynistic powers and patriarchal tendencies has also filtered into 2018.  And yet, prosecution of the real time sexual harassment remains as elusive as the of the cyber scene.

Executive Director of UN Women Lakshmi Puri said it best; it’s not enough to generally place lip service unless special measures are taken.  The discussions made at the Internet Governance Forum on gender have to evolve so that we are not discussing the same issue in 2018.

The future is feminist, but only if our talks translate into action. 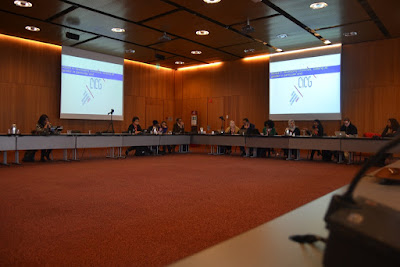 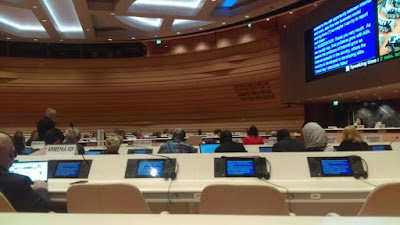 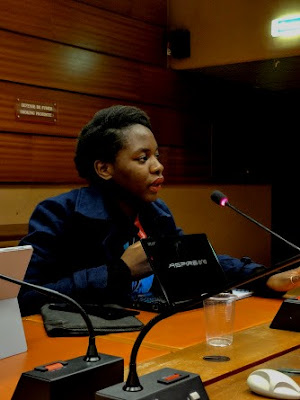 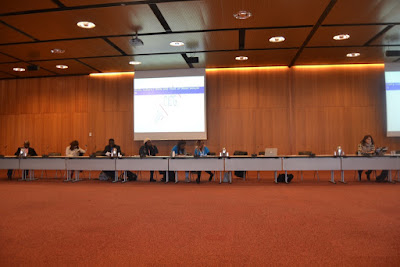 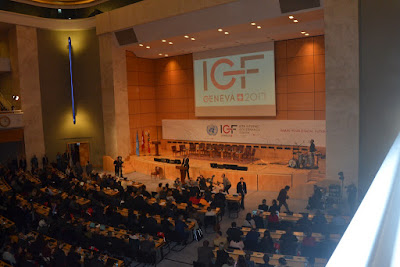