The 'Safety Report: Core Issuesaffecting Girls in the Developing World' is a joint research featuring findings from diverse geographic locations and cultures. There are innumerable factors making the world unsafe especially for girls, and we found it necessary to search out the cause of these vices, so as to create solutions for the root from which these problems stem. Therefore, we aim to prove that multiple vices can arise from a core issue and to at least start to resolve these vices, the source has to be addressed.

Our paper takes a gendered approach on safety issues and with each subsequent paper, we want to prove why this is important in solving safety issues for girls, which in turn improves wellbeing and livelihood for both and all genders. We base our overall theme on the Data Analysis conducted by SAFIGI (Data Analysis on Core Issues affectingGirls. 2017) in Zambia, Egypt, USA, Namibia, South Sudan, and Tanzania. 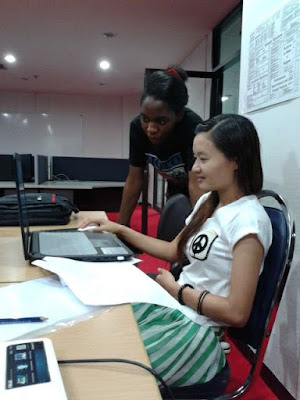 In the 'Safety Report: CoreIssues affecting Girls in the Developing World' we refer to the developing world as the rapidly evolving cultures and social dynamics in our global village. Digital evolution, technological breakthroughs, and better transportation systems has made a global culture possible. Developed and developing worlds are not at par with basic needs or education systems, and as we explore the Research papers from diverse settings including Africa, Asia, and the America‘s, we will see that core issues affecting girls remain the same regardless of their socio-economic background. The difference is in manifestation and available interventions on the said issues.

Each paper in the Safety Report shows a different concept and as we examine them further, we shall see how the core issues are interrelated regardless of the applicable region. The synopsis of each Research in this report will prove how universal issues affecting girls can be.

Chapter 1 of the Safety Report begins with an overview of the current situation of safety, and offers a generalized view on why a gendered approach is necessary to solve safety concerns. This is followed by themes from Africa, Asia, and then the America‘s. These are divided only to show the dynamics of how women's issues are universal and therefore, a unified approach is possible in solving these issues.


Chapter 2 contains papers with themes in the African region setting.

The psychological effect of mass sexual harassment on girls in Egypt

Heba Elasiouty writes about the sexual harassment phenomenon in Egypt, and how it affects the psych of Egyptian girls, consequently feeding a vicious cycle of victim, predator, and a desensitized community. The issue of sexual harassment is not unique to Egypt, even though the degree to which it is perpetrated in the public square varies steeply.

Psychological consequence of this assault remains the same, no matter the region or cultural background. In Chapter 4, Steffica highlights how machismo feeds into oppression of the female gender. Continents apart and manifestation of the vice in different ways but on the same mass victim—the female. Both papers acknowledge males also suffer in an existing environment of normalized abuse and pinpoints how a culture of abuse festers due to particular cultural norms or habits.

Safety concerns in relation to social media: Growing up female in an increasingly digital world

Karin Temperley highlights a key issue affecting girls growing up in an era of the digital world. The digital gap affects women more, and even in regions where the gap is closed, women face greater risks when accessing the internet.

An important aspect of Karin‘s paper is how cyber-crime is not a new phenomenon and only a new dimension for already existing vices such bullying, scams, and human trafficking fueled by pornography. Growing up female in an increasingly digital world proves how technology, though it brings many good things, also leaves ‗no safe space‘ for the woman because, as Karin explains, before social media/internet when bullying happened, it stopped when one went home, now with cyberworld, cybercrime extends beyond ‘temporal and spatial limits‘. Technology in itself is not a danger, nonetheless, it affords a wider reach and universal platform for new dangers, especially against women.

Misumbi Shikaputo offers a very unique perspective of disability in an African setting, focusing on the Oshana region in Namibia. She showcases the limitations that children living with disabilities face—not because of their disability but because of societal beliefs. In

Chapter 4, Christina Sisti sheds light on America‘s public policy on sexuality and the repression of girls in vulnerable regions, proving how the feminist movement is marginalizing or excluding persons with disabilities in the struggle for gender equality. A very important aspect here is how beliefs, even unfounded beliefs, filter into policies and legislation that dictate law thereby creating a system that keeps the marginalized in the same position of lack as pointed out by Alinne Lopes Gomes in Chapter 4 on LGBT policies and safety in Brazil.


Chapter 3 focuses on Asia, though this section of the paper can truly relate to most regions in this refugee-crisis era.

The ongoing Rohingya crisis has shown a different dynamic of extreme safety concerns—in which ones identity becomes cause of persecution. Shucheesmita Simonti takes us through the refugee experience of Rohigya women in three stages; in the homeland, in transit, and in refugee camps. This structure, though with the Rohingya at the heart of it, shows the issues many refugee women and migrants face during their bid for a safer life.

Furthermore, we see why a gendered approach is important when creating programs for gender equality and equity, and how some aid programs may actually be reinforcing the patriarchy. This creates a setting where a woman‘s role and body is objectified and once more viewed as a ‗property‘ of the dominant male. This experience is not isolated to refugees alone, as Steffica Warwick pointed out in her paper on the perils women fleeing violence in Latin America and how they become trapped in a web of exploitation due to vulnerability in Chapter 4.

Chapter 4 relates to both Latin America and the United States regions.

Alinne Lopes Gomes research paper takes us through the history of LGBT and current legislation in Brazil. And just as Misumbi Shikaputo and Christina Sisti pointed out, females who stray from the idealized image of who a woman should be are further marginalized and kept from being recognized as 'true' women. In this aspect, during the fight for women‘s rights and human rights, they are usually left out, even though they remain frontrunner activists when fighting for civil rights movements, as is seen in Heba‘s paper on Egypt.

Alinne's paper points out the importance of citizen participation in legislation as this ultimately affects their overall wellbeing, lifespan, future, security and access to justice. Legislation is generally understood to reflect the will of the people and if legislation is not in favor of the marginalized, it impedes on their rights by accommodating a law that can be used against the secluded who need it most, for the sake of the privileged few or majority, as the case may be.

"Silent voices": Violence against the female body as a consequence of machismo culture in Latin America

Steffica Warwick proves in her paper the correlation between culture and societal attitudes toward women—both negative and positive. She also highlights factors in the communal environment that create an atmosphere of vulnerability for females and exposes them to safety risks such as human trafficking, gender based violence, and affiliation with gangs.

Shucheesmita Simonti, in Chapter 3, writes about this in the context of refugees and how the environment festers a setup for exploitation, abuse, and poverty. These papers emphasize on the need for a gendered approach and asserts the value of women‘s rights in upholding human rights to break the cycle of inequality and abuse.

America's Public Policy on Sexuality: The Repression of Girls in Vulnerable Populations

Dr. Christina Sisti brings to light the history of repressive policies for marginalized groups in America. And just like Alinne Lopes Gomes, in Chapter 4, we get to see how legislation affects societies treatment of marginalized women—even in instances when the legislation is not based on truth but personal beliefs. Dr. Sisti stresses on Government officials differentiating between private and public reasoning when it comes to decision making on policies affecting citizens.

Understanding what affects safety of girls, how and why, allows for effective working solutions to be implemented. Resolving a vice through punishment is a temporal solution as opposed to solving the core crisis which would in turn resolve multiple vices.

Understanding what causes society to victimize its women more will lead us to the core issue affecting the safety of girls. Once we understand the core issue, we can then create programs to solve this issue from the root cause.

You may want to read: Data Analysis on Core Issues Affecting Girls